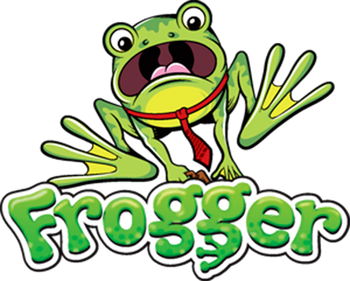 Welcome to the Frogger Wiki!
The wiki about Frogger that anyone can edit!
The wiki has 319 articles since June 2009.


Contribute to this wiki

To write a new article, just enter the article title in the box below.

Not sure where to start? Check out Help:Starting this wiki for some tips.
If you are new to wikis, check Help:Getting Started
Check out the community portal to see what the community is working on.

Featured article
Frogger is a green, anthropomorphic frog. Best known as the namesake of the classic 1981 arcade game, he has gone on to star in a series of video games spanning numerous platforms. These games almost always involve hopping around on an invisible grid. Frogger is a registered trademark of Konami.
Featured video

Want your community included? See how!